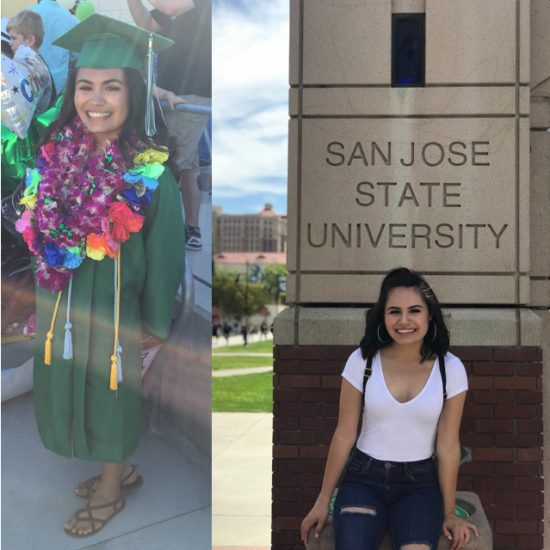 I graduated from Homestead High School in Cupertino, California 3 years ago (Class of 2016!!). Since then, I have reflected back on high school often and reminisce on easier times. Specific memories always pop into my head when I hear the term “high school”, those being: prom, my social life, and college. Being apart of the AVID program, college was something that stuck solid with me during my four years of high school. The word seemed engraved in my brain and something I always stressed out about. Being a first generation college student, I went into the college application process blindly. No one in my family had gone to college, so every decision rested on me to be made. High school was very tough in this aspect but is something I am very appreciative of. It really helped me mature because it taught me things like independence, finances, and more.

Right after graduating high school, I went to the University of Arizona for my first year of college. Moving out of state for college was one of the best decisions I made for myself and that my family made for me. I really learned how to be an adult with money management and living on my own. Unfortunately, I had to move back home after my first year there due to financial struggles. I had a really hard time dealing with this. Given where I went to school and being in AVID, the idea of the four year university had been drilled in my head and became superior over community colleges. I did not know much about community colleges, so it was made apparent to me that they were not as great compared to the universities. Because of that, I gained the mindset that I was better than those who studied at community colleges. Having to come back home felt like a denotation and that I had failed my family. Even though they reassured me everyday that they were still proud of me, I never met my personal expectations.

I transferred back home that following school year and started at Ohlone College in Fremont. Now, two years later, I am graduating from Ohlone with a degree in Human Development and with Highest Honors, and transferring to San Jose State University with a major in Child and Adolescent Behavior. Lately I have been reflecting on my college experience and what I have learned so far as I move closer and closer to the end. My biggest take away is to never doubt community college. If I could go back in time, I would have started at community college from the beginning. I would have saved a lot more money in my first two years on General Education courses. Being in a university does not make you more ahead than those at a community college. Overall, I am very excited to start at San Jose State and finishing up my undergraduate career!

Lily enjoys hanging out with friends and family, watching Netflix and listening to music on her free time. She is currently a Child Development major at Ohlone College, and is transferring to San Jose State University in the fall with a major in Child and Adolescent Development.