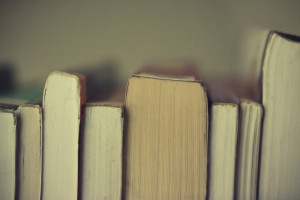 GiveTeens20®’s Social Media Intern, Brittany, here. Reading can be good for the body, mind and soul. It has been scientifically proven that reading is therapeutic, enhances your memory, reduces stress, and many more. It gives you an outlet to let your imagination roam and a chance to exercise your brain. It also helps develop your writing and vocabulary skills–skills that are crucial and beneficial to your future. Knowing sufficient vocabulary is one factor that can make or break an opportunity for young adults.

Dr. Seuss got it right when he said, “the more that you read, the more things you know. The more that you learn, the more places you will go.” Reading can take you places. By the end of the day, it is a necessity to your growth. So choose to read, and choose to continue to grow and learn.

1. Perks of Being A Wallflower- Stephen Chbosky

“We accept the love we think we deserve.”

A coming-of-age story about an introverted high school freshman named Charlie. Through a series of letters, he details his experiences with love, lost, and the temptations of drugs.

My two cents: An honest story that captures of the essence of adolescence. You often find yourself getting emotionally attached to these characters and by the end of the book, you aren’t ready to say goodbye to them just yet.

2. Notes to Myself: My Struggle to Become a Person- Hugh Prather

“Perfectionism is a slow death….If everything were to turn out just as I would want it, just as I would plan, I would never experience anything new. My life would be an endless repetition of stale successes. When I make a mistake I experience something unexpected.”

In a journal/diary-esque style, Prather writes a series of notes about everyday observations and musings.

My two cents: Prather offers insight on life that can often resonate to how you are feeling at the moment. It encourages self-reflection and motivates you to start a journal similar to Prather’s.

“I wish I’d done everything on Earth with you.”

Through the narration of Nick Carraway, the story focuses on the mysterious millionaire Jay Gatsby, and his adoration and obsession with the beautiful Daisy Buchanan.

My two cents: A heartbreaking story about love and the American Dream during the roaring twenties. It may be a little slow in the beginning, but do not be discouraged. Once the book picks up, you will not be able to put it down.

“Big Brother is Watching you.”

Ever wondered where the term Big Brother was coined? A dystopian novel set in London, in the nation of Oceania. The government, known as The Party, controls everything and monitors your every move and thought. Individualism is seen as a crime and having rebellious thoughts is illegal. What happens when protagonist, Winston Smith, goes against the government?

The author was only 16 years old when she wrote this coming-of-age novel about the division of social classes between two rival gangs, the Greasers and the Socs.

My two cents: A poignant story about social classes and a sense of belonging. For a book that touches on so many dark elements, a sense of hope and change comes out of it.

6. The Catcher in the Rye- J.D. Salinger

This coming-of-age novel is seen through the eyes of Holden Caulfield, a 16-year-old boy with a disillusioned view of the world, and the idea of growing up. We follow him for three days in New York City and see what he thinks of everyone and everything he encounters.

My two cents: The epitome of teenage angst. Salinger is able to capture the highs and lows of youth in an amazing way.

“Stuff your eyes with wonder, he said, live as if you’d drop dead in ten seconds. See the world. It’s more fantastic than any dream made or paid for in factories.”

This dystopian novel centers on a future world where books are outlawed and television dominates. Any printed books are considered illegal and burned by “firemen”. Through it all, one fireman starts to see the importance of books.

My two cents: The great thing about dystopian novels is that you get to reexamine society and see if there are any parallels from the book. If you were to strip these novels down to its core, you will see its relevancy to today’s society.

“That’s the thing about human life—there is no control group, no way to ever know how any of us would have turned out if any variables had been changed.”

When a lab mouse goes under for brain surgery and becomes a genius, Charlie, a man with a low IQ, wonders if it will work for him as well.

My two cents: A beautiful written story that breaks your heart and teaches you the meaning of understanding.