While on my way to the Campo Di Bocce Event center to attend the GiveTeens20® Pearls Of Wisdom Fundraiser, I did not expect it to be as fancy as it was. As I entered, the fourteen-foot decorated walls were there to greet me. Once I made my way to the prize display room, I saw dozens of tables, prize description posters, and even a Porsche! I said to myself “Man… these guys are not playing around.” There were even waiters and waitresses offering me incredible fancy foods, the kind you see in fancy restaurants. The forties musician Frank Sinatra was being played, which added even more of a fancy/classical effect on the event. Even auctions were going on, which was something I did not expect at all. Luckily, I was able to get some input from a few event attendees.

Q: What do you think about the event so far?

A: “It’s amazing. Kathy told me about her idea years ago and I support because it really helps teenagers such as yourself, find a career fit.” (Ruth Bauer, Health Teacher.)

A: “First time being here. It’s elegant. Inspiring. Working in Career Development, It’s nice to see someone making their own organization to help people achieve their goals. ” (Stephanie Moore, Writer and Career development)

It’s evident that the participants who attended supported the goals of GIveTeens20 and Gladeo, such as helping teenagers find their career fit.

While roaming around brainstorming on what to write, I had one question in mind for those who participated at this event. The question being “If you could tell your teenage self one thing right now, what would it be?”

Pankaj J: “As a teen, you should explore multiple areas. Never give up. There is a place for everyone. Best honest with yourself, start early, and planning is important. Passion, dedication, focus.” (IT Applications, Palo Alto)

The words of Pankaj were very inspiring and were some words to take in to remind myself of everyday. Writing is my career choice, but down the road my interests may change because I may become more versatile and escape my comfort zone. One day I’d ike to be the writer of a television show but the only way I am going to get there is by passion, dedication, and focus. Nothing is guaranteed.

The Auction was probably my favorite part of the event. Not to mention, Kathy Laidlaw, our founder won four tickets to a Warriors game with Suite seating in Oracle. People also won vacations, vehicles, and items too! An intern of GT20, Lily Alder also told a very inspiring story of her upbringing, and what she’s doing to achieve her goals. Growing up, she always had a love for educating, and soon enough she realized that teaching was a passion of hers. She was told teachers aren’t paid very well by many, but for her it wasn’t about the money, it was because teaching is what she loved to do, and no amount of money could ever change that.

I would also do what I love, no matter my income. Why do something that doesn’t make you happy and receive a paycheck for it, when you could what you love while not obsessing over your salary. I’d rather be poor and happy than rich and sad.

Being a GT20 intern, I was luckily able enough to interview Grace and Michelle Cho, founders of the Gladeo nonprofit organization. Grace Cho is responsible for being Vice President of Deal Analysis and Brand Finance at 20th Century Fox Film. Michelle Cho is responsible for being the founder and Executive Director of Gladeo. Not only was I able to interview them, I was able to get some great advice also.

Q: Why did you both decide to partner up with GiveTeens20®?

Because of Kathy. Our vision and values are similar. Kathy puts kids first and is very collaborative.

K. I can see why it would attract so many people, because helping teenagers find their career fit is an important thing. As teenagers today, many of us are confused about what we want to do in life or our place in the world.Organizations like these benefit us as teens because we get an idea of what we’d like to do, or what our strengths are.

Q: If you could tell your teenage self one thing, what would it be?

Don’t be scared changing your mind, and if you do, don’t be hard on yourself for doing so.

K. I’ve always had an idea about writing being what I want to do in life, but the thought of changing my career has never entered my mind. The future is uncertain, and my interests may possibly change. Hypothetically speaking, if my interests were to change, I won’t ever be too hard on myself for making such a critical decision in my life, because change is a natural thing.

Toward the end of the event after our interview, I received some good advice about becoming a writer from both Grace and Michelle Cho.

Blogging. Blogging would become a great habit for me because it would help me become a better writer. I was also told, “Write it about whatever you want, because people would admire a teenager taking the time doing so.” Ever since then, besides my GT20blog, I also have a blog on Medium that I have been working on. I love to do all I can to make myself the best writer possible.

When it came to college,I was confused on what I am supposed to major in. Was it Journalism? Cinema?Creative Writing? No. It was Communications. I was told Communications is a very demanding field these days, especially with the media and entertainment fields. I plan to major in Communications and possibly double major in another aspect of writing to make my resume more impressive.

The advice which stuck with me all night and to this day, was to have fun. I find that to be a great point, because why do something you’re not passionate about? “Write what you want to write about, don’t listen to what other people tell you to write about.” As I exited Campo Di Bocce event center, I had a major reflection.Arrived with medium expectations and departed with an excellent impression of this event and how GiveTeens20® is achieving the goal of helping teens find their career ‘fit’. 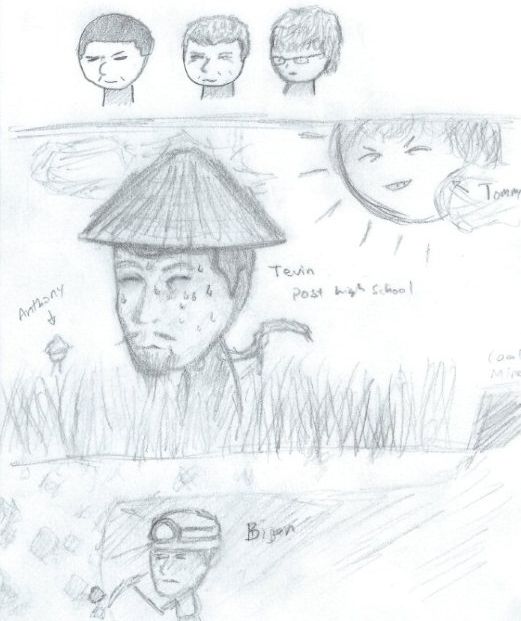